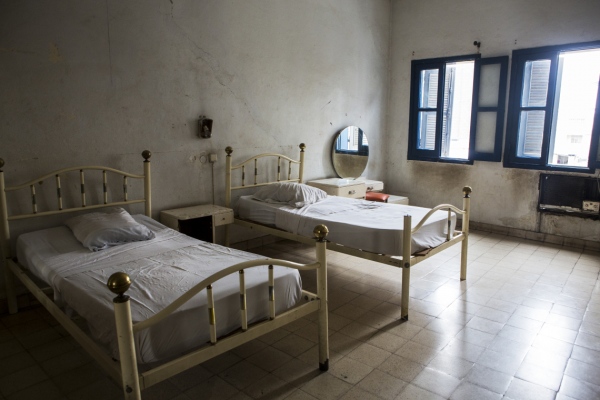 Decolonisation holds both uncertainty and possibility as the Tyburn Gallery’s summer show of photography and sculptural paper works demonstrates. Edson Chagas’ photo series Found Not Taken (2009) – a title that purposively invokes the rhetoric of western expansionism – explores economic change by documenting abandoned objects in the city of Luanda, Angola (a country previously controlled by Portugal). When the artist was growing up the first impulse would be to repurpose items found on the street, like the rusty pushcart in one image, but today in Angola and other former colonies such things are thrown away, owing to their accelerated economic development, fuelling consumerist attitudes. As the exhibition’s title – or lack there of – implies imperialism affects violent cultural erasure, but it also imposes its own narratives. In the series Linetrap (2014), Mónica de Miranda stiches ornate patterns over photos of Angolan jungles under threat from deforestation, like Chagas, referencing contemporary pressures of globalisation but also recalling the arbitrary, geometric borders drawn up by colonial cartographers.

Although annexation and independence causes great turmoil and instability, the latter also provides hope. Mouna Karray’s photographic series Murmurer (2007) captures crumbling walls in Sfax, Tunisia, symbolising de-territorialisation and posing a counter-point to de Miranda’s work. Engaging with similar notions of reclamation, for Victor Ehikhamenor’s paper works the artist used a pinprick to create beautifully intricate patterns that recall the aesthetic and spiritual traditions of the Benin Empire, who ruled what later became the British ‘protectorate’ of Nigeria. Like his fellow exhibitors, Ehikhamenor presents a pointed critique of the usurpation of civilisations; and, whilst imperial powers treated the world like a tabula rasa, this considered exhibition displays the powerful ways that postcolonial artists re-inscribe cultural identity.